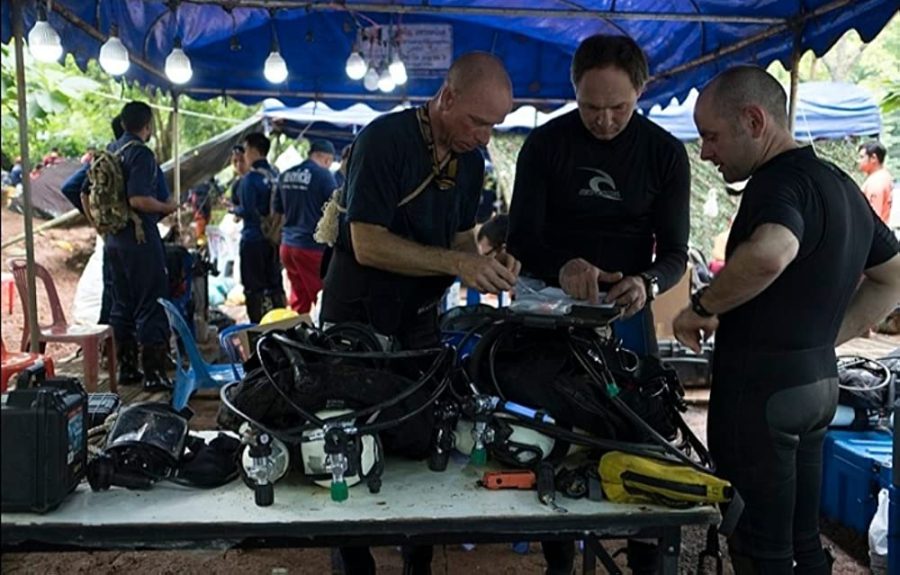 The story that was heard around the world, the situation that united many country’s, and the rescue that had the world on its feet.

In 2018 Late June to Early July, Thailand the Chiang Rai Province, in a small town known as Mae Sai one of the most infamous situations in the 2010’s took place, as a soccer team and their coach went to the tourist cave of Tham Luang Nang Non, were caught by the rain and for the next two weeks were stuck in there. Many people from all over the world united in a big effort to save the team as this story was very huge and hence was heard all over the world. That’s why for the next two weeks the world was on the edge to see what would transpire throughout this situation.

Know with the bit of background Information out of the way, we move onto the adaptation in the form of an excellent film. This movie is basically a Biographical film on how the events and situations happened in the form of a movie with very excellent visuals, excellent actors, and basically excellent everything! This movie really does a great job at dragging you into the situation and almost feels like your watching the events like if it where in real life. This  movie also really does a fantastic job on bringing out emotions as this entire time through out watching this movie my stomach was just churning and I was constantly experiencing fear, nervousness and was on the edge of my seat, The cinematography was fantastic, the angles also were amazing as they added a bit more of spice and adds how many people saw throughout the movie. Really solid and amazing actors were also featured in this movie as well

Overall a very excellent movie I mean what more could you want it brought out the emotions, had you interested through out, told the events very accurately and thoroughly, and overall is a very well rounded film. If I had to choose a flaw or just to critique it I would say it may be a bit too long for the average person to endure with the time clocking in at around 2:30 Hours but trust me it is worth the watch if your looking for a great film or your just bored.

Overall score for this Film, I would give it a solid 5/5