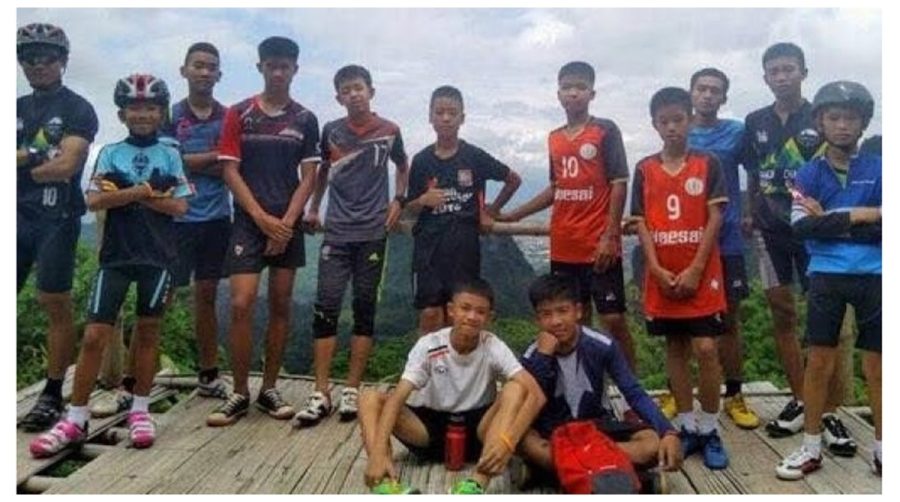 the 13 boys and their coach

the tense days following up the rescue of the lives of 13 teenage boys, Tragedy and intense

On the Summer of 2018 in Thailand there were boys playing soccer with their coach on a bright and sunny day, nothing could go wrong right?. The boys and their coach were unaware of the many challenges they would soon ace the coming days. The boys and coach decided after their game that they would go exploring the Them lung cave before arriving at the birthday party of one of the boys. The coach named Ekaphol Chantawong a 25 year old a former monk would be a crucial survival factor for the boys. Once the boys arrived they didn’t arrive to their homes on the estimated time while the rain started to get worse and the worried parents started to look for them , one of the boys who stayed behind to help his dad informed of the parents where they were heading and the parents left as soon as they heard the news because they knew the cave would be flooded from the extreme rain.

Once the arrived at the cave they realized they were too late and call the authorities which come to find out they couldn’t do anything so they called for a rescue team. they tried desperately to reach the boys but because the rain stared to food the cave the conditions were too extreme to enter so with a heavy head the governor suggested they waited for the rain too stopped which angered the people of Thailand and the families of the boys. The governor called in the navy seals and two expert divers from England named John Volanthen and Richard Stanton, they also brought people with a particular set of skills around the world to help rescue the trapped boys.

The locals were asked to help explore the top of the mountain to help close any holes that would allow rain to seep through , some crop owners gave up their land to help rescue the boys by redirecting the water out. Once the divers reached a certain distance they went back to call for experts , the cave system was 2.5 miles from the caves mouth and officials didn’t know where they were or if they were even alive many days have past and everyone started to suspect the boys didn’t make it, inside the cave the coach taught the kids to meditate and have faith they would be rescued but no one knew if they were going to make it out.

The story follows the intense rescues of the boys if they were alive? were the officials doing any more to help ? who were the real victims of the story? and will the families see their children again? find out on the story of 13 lives.