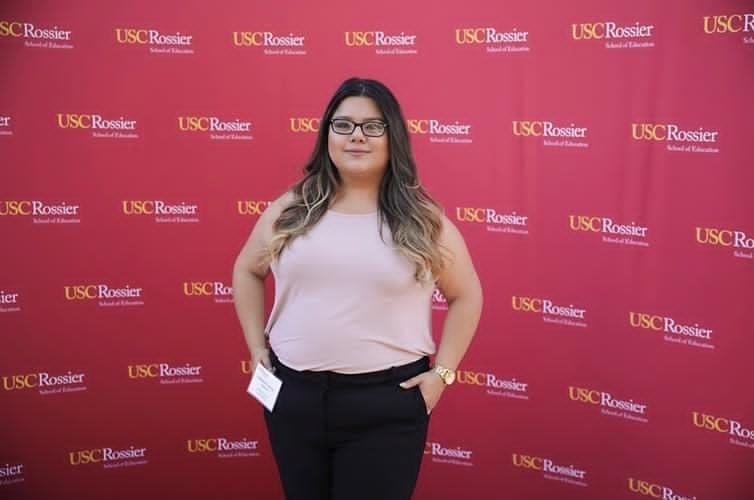 This is a picture of Ms. Espinoza which was taken by USC Rossier

Get to know Ms. Espinoza-Romero

Ms. Espinoza-Romero is a new teacher here on campus. Learn more about her and get to know her interests.

Ms. Espinoza-Romero is a new teacher here at SMHS. Before she started teaching here, she was teaching at LAUSD.

Ms. Espinoza-Romero is an alumnus of Santa Maria High School; she graduated in 2014. Originally, she wasn’t planning to go to college, but since her parents wanted her to go, she did. She went to Allan Hancock College for two years, and then later moved to CSU Fullerton where she got her Bachelor’s degree. Her original major was Spanish. She was planning to be a teacher, but wanted to teach in Spain.

The reason she became a teacher was because she was inspired by a student who couldn’t read or write. She said, “I had a student who did not know how to read and write in Spanish, which was his native language; the student never went to school; he was about 15 and he had never gone to school in his life, and I was teaching him the alphabet and how to make basic sentences.” After helping this student, Ms. Espinoza-Romero decided to go into teaching to be able to help more students who had the same problem as that student.

Ms. Espinoza-Romero stated she had a very hard time during quarantine since she was a teacher and student at the same time. She said, “In a student’s perspective it was very hard attending classes on Zoom, because I took in-person classes at the University and I’m more of a visual learner, so It was hard.”