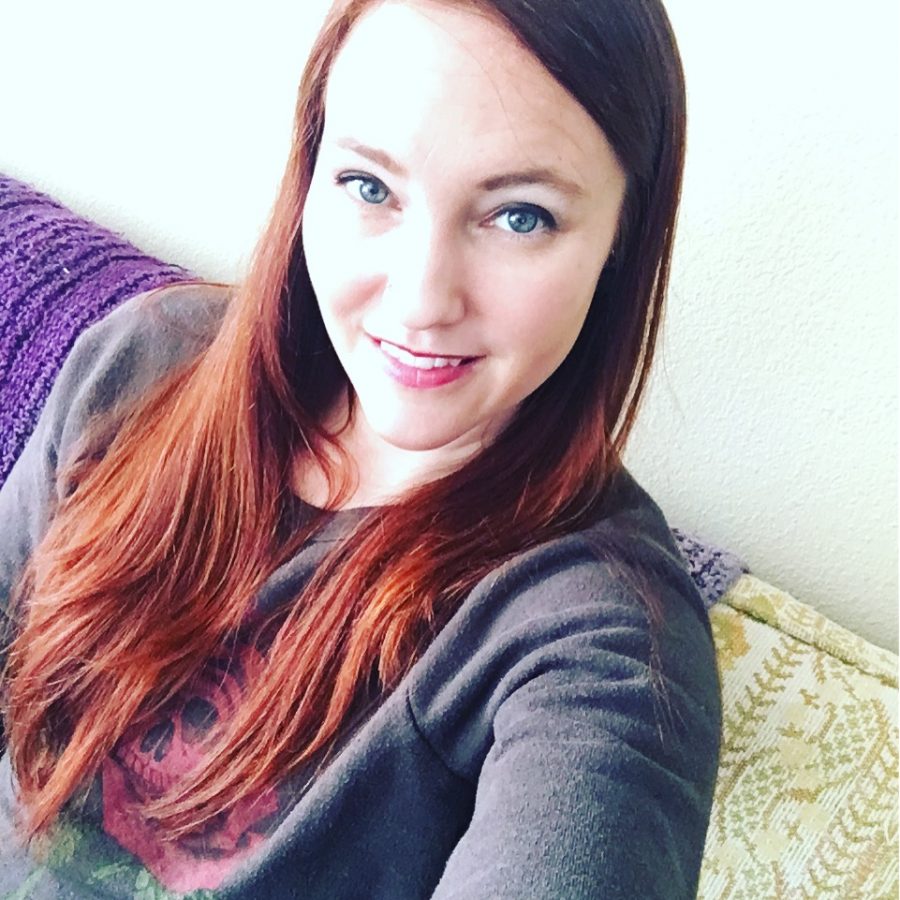 Get to know Mrs. Olson Sanchez

Mrs.Olson Sanchez is one of the teacher here on campus and also is the yearbook advisor.Get know more about her.

Mrs. Olson Sanchez is one of the new teachers here at Santa Maria High school. She teaches English and is the yearbook adviser this year. I interviewed her to get to know her and find out about what she does outside of school.

Mrs. Olson Sanchez had her daughter before quarantine, so she spent that time with her family. It ended up being a good break because her husband was forced to stay home, so they were able to spend time as a family at that time and know their daughter.

She told me that she would be a pomegranate because there are so many seeds, and she feels like she has many things to offer, many different opportunities to share her talents, and they taste really good.

Mrs. Olson Sanchez is very passionate about the arts, whether it is dance, theater, or art as a design, which is something she always looks forward to in everything she dose. She is passionate about documenting the school vibes as part of the yearbook, as are her students.

Her family is very easy going and very flexible. She has a stepdaughter who is a teenager, a 1-and half year-old daughter, and a husband. She goes for walks and goes to the park with her family. When she isn’t with her daughter, she likes to go out with her husband to go dancing.

Mrs. Olson Sanchez is enjoying her time here with the teachers and with her students. She loves being here and it is super fun here because she feels like there is lots of energy and feels like everyone is very open, kind, and willing to try something new. She is said, “everyone has a feeling of a fresh start, and I feel like that’s where the energy comes from.” Her plans were always to be a teacher.

Mrs. Olson Sanchez is the yearbook adviser, 10th grade class adviser, and adviser the new hip hop dance club. She tries to get students to get more involved in school and tries to also gets herself involved along with the students.

She has traveled a lot and visits a lot of places. She is also a dancer, so she was dancing professionally on stage all over the world in countries like England, Ireland, France, etc. One of her favorite places to visit is Ireland and the Southern part of France. She said, “the people in Ireland are the best. They are super easy going, no one is on a time schedule, everyone is super friendly whenever I’ve gone there. People don’t know you, but they just talk to you because “oh, you’re from the United States,” and they just start talking to you even more about everything.” She also said the Southern part of France is similar to Ireland and California. She also stated that it is very beautiful with blue water and great beaches.

Mrs. Olson Sanchez is a “romantic comedy” type of person. She also said she would watch a Christmas movie any time of the year. She really likes the real-bakery croissants in France. She stated that the ones here don’t taste as good as the ones in France. She also really likes Thai food. She listens to all kinds of music because she can dance to everything. She loves a good mariachi band for a good party. She doesn’t really have a “team,” but she would follow anything that has to deal with our school.

Mrs. Olson Sanchez and her husband have their own gym at home. Before she had her daughter, she liked to go train. She hasn’t gotten back into that routine, but she has gone on hikes, or on a run, dance at Alan Hancock College, or goes with her dance friends to a dance studio and supports them.

One tip that she would give to students who are planning to go to college is that “it’s never too early to start thinking about college and what you wanna do. The sooner you get your mind straight about it, the easier it is goanna be for you to get there because you have that goal and able to get there to it.”

Mrs. Olson Sanchez’s life advice she would be to give to her students what her aunt told her: “School, College, your bosses, they are there to challenge you, so if you feel like at any point in time that you are stupid, that’s okay because it is there to challenge you and you’d have to rise above it, and that’s what those people are there for is to rise above. You have to remind yourself, and recommit yourself, to what you want to that goal, (that job, that care, what it is), you have to recommit it every time.”