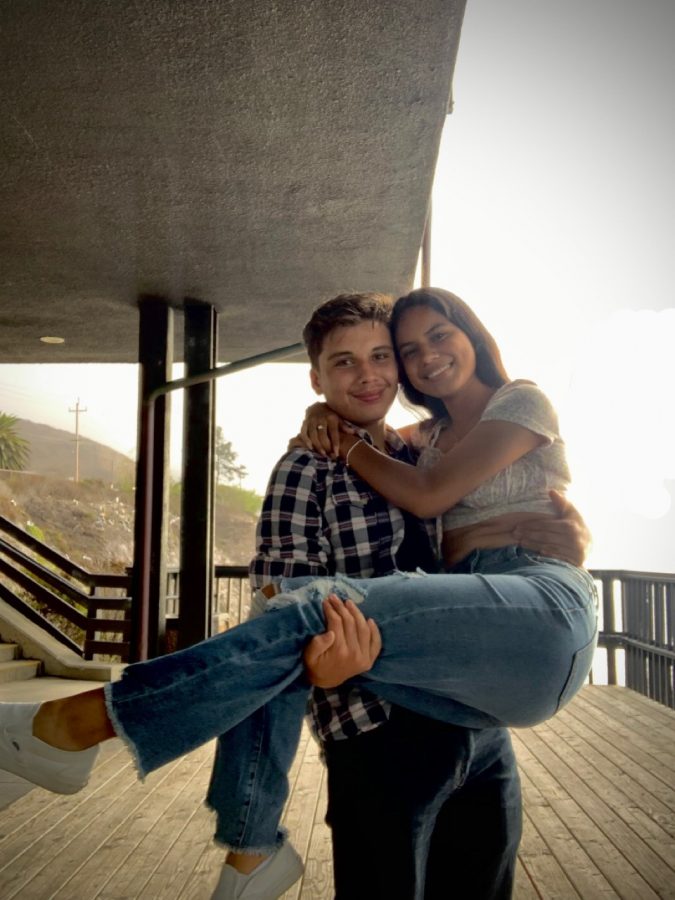 Were you always planning to run for homecoming court?

I never planned to run for the homecoming court this year, it was a day and nigh thing.

What made you decide to run this year?

I decided to run this year because Adrian convinced me too. He proposed the idea as a joke to me at first, but eventually we started picturing ourselves going through the “easy” process.

How do you feel about the process to campain?  Have there been ups and downs to this?

The process to campaign has been a HASSLE and there have been many more downs than ups. For example, I’ve stayed up until 1 in the morning just to finish posters and have had this happen for way too many nights. After pouring everything I have to these posters the night before, seeing many of them magically disappear hasn’t been too exiting. There have been times where I’ve seen them end up in the trash! This happened at least 4 times. The worst thing of all was seeing a video, that someone sent to me, and seeing students stomp all over one of my posters and throwing it to the trash. This process is very tough and time consuming. In the end, I’m hoping it’s worth it!

What (if you know) are your plans after high school is done?

After high school my plan is to go to a four year university and achieve my dream of becoming an orthodontist. I would also like to travel and have fun the most I can.

No, I was not planning on running for homecoming court it was more of a last minute

Since it is my last year of high school I wanted to make it as memorable as possible. It all started off as an Idea with Dira until we actually decided to commit to it.

The campaigning process is way more stressing than I originally thought. Its extremely time consuming and draining, I would have to stay up multiple nights making posters just to see them stripped off the walls the next day. Its defiantly exciting to see my posters around school, but it disappointing to see them mysteriously disappear or vandalized.