A Project for Better Journalism chapter
The Breeze
SENIORS! Your senior portraits are due soon. Check out our Flow Page for more information on all things Yearbook!  More →
News 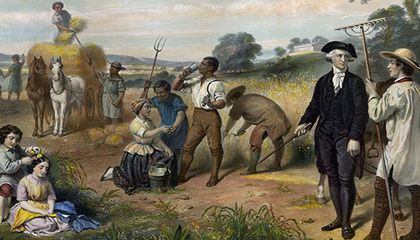 It seems contradictory to think that, in a nation built on the values of equality for all, there is a massive movement challenging what the Founding Fathers worked so hard to implement.  Who wouldn’t agree with the unalienable rights of life, liberty, and the pursuit of happiness?  Perhaps the terminology of these rights is what sparks the fire underneath many individuals who believe, even now, they haven’t been represented equally.  At first, it was the white man who was vested with these values.  All men may have been created equal, but slaves, who were seen as property, did not fit this description.  This large population would continue to grow under the injustice of such a label.  Men had virtually no rights, and were simply used for their laboring value.  Even when great improvements had been made during the late 1860’s and early 1870’s, such as finally being given citizenship, and being granted the ability to vote, these victories were hindered by the growing distaste of a community who had never been challenged before.  African American voters faced literacy tests and poll taxes, both of which were seemingly impossible to overcome given their circumstances.  Nearly 100 years later, during the 1960’s, these restrictions, perhaps better known as Jim Crow Laws, were lifted off the shoulders of the African American community.  For a while, it appeared that the problem was solved; every man truly was equally represented.  But while African Americans started to enjoy equality among the majority groups, other minority groups started to grow a target on their backs.  Mexican Americans, Native Americans, and Asian Americans all had growing issues with American backlash to their presence, such as the Japanese internment during World War II, the increased disparity among wages for Native Americans, and the Zoot Suit Riots of the 1940’s that attacked Latinos in America.  Although conditions have greatly improved since then, the dark cloud of racism still looms over these groups of individuals.  When will the promise of a sunny day finally shine upon the minority groups of America?  Maybe no answer exists in the current state of our country.  But acknowledging the problem may very well be the first step.  A careful analysis of racism in schools, and simply around the world, may hold the foundation needed to build a better, more equal America.