A Project for Better Journalism chapter
The Breeze
Welcome back, Saints! Let's make this an amazing year!
Humans of our School

Rosa Rivera: Parenting is Not Easy For This Teen, But Worth It. 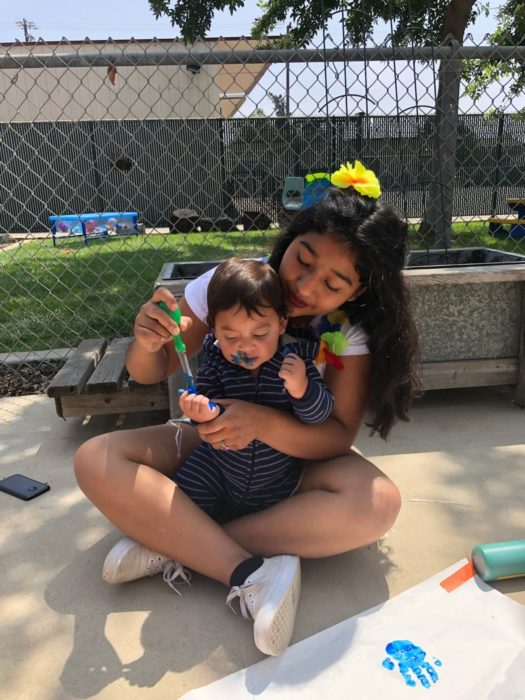 ▲
Rosa with her son, Julian.

▲
Rosa with her son, Julian.

Rosa, like every teenage parent, has not had it easy, but she feels like the same person.   The only thing that has changed is her priorities. She has to manage her time more wisely now that she has little time during the day for her chores, homework, and son. Rosa still has her teenage lifestyle, but now she takes her baby to her activities.

Now that she has a child she is thinking about choosing a career that takes less time and schooling to achieve. She plans to attend Hancock until she has an idea of what she wants to study; she knows she wants to work with children, but hasn’t figured out in what field. After that she plans to transfer to a University.

Rosa has also reached out to organizations like CalSafe, which is a program where teen parents get free daycare as an opportunity to so they can continue their education.  We also have a parenting class through the school. She is also in a club named Young Life, Young Life is a club that just began it’s journey and it’s christian-based, but  you don’t have to be any religion in order to join the club. In this club they have monthly meetings where they get together, play some games, talk about life and then they talk about things that teenagers can relate to based on what we’re going through in life. They also do special events. For example, this year they are going to create a float for the Parade of Lights. They also go to camps during the summer and one during the winter. These camps are like mental retreats, where you go to express yourself, have fun and really spiritually reconnect with yourself.

Rosa advises other teen parents to keep going that

not only because you have achild your plans have to end. It will be more difficult but it still is possible.