A Project for Better Journalism chapter
The Breeze
Welcome back, Saints! Let's make this an amazing year!
Clubs and Organizations 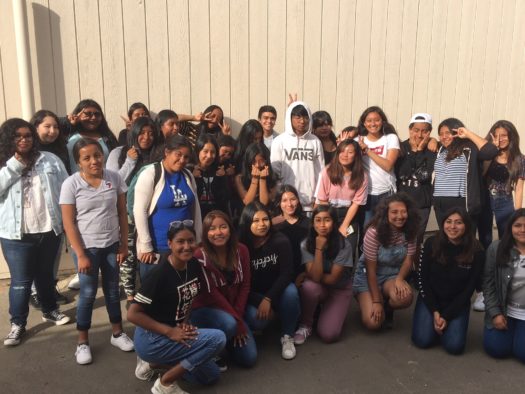 Santa Maria High holds a vast array of distinctive clubs, ranging from the nature-loving, sightseeing Alpine Club to the science-oriented Society of Hispanic Professional Engineers. And with each passing year, the number of clubs seemingly keeps on growing. Just recently this year, a new club integrating both the love of dance and music was formed: the K-Pop Dance Club.

The K-Pop Dance Club saw its debut with the beginning of the 2018-19 school year, bringing in students interested in Korean Pop music. The club focuses on, as the name of the club suggests, dancing in tune with K-Pop music. However, as easy as dancing may seem, it is deliberate and rigorous in practice as the students in the club strive to emulate the myriad dance maneuvers that professional K-Pop groups like the world-renowned BTS or EXO perform. In essence, the club is its own K-Pop group, complete with the dances, the outfits, and the passion to dance.

Outside of dancing, the club watches various videos of popular K-Pop groups in order to better learn how to dance. The club not only watches K-Pop groups but also other popular groups like the Black Eyed Peas to draw inspiration from, incorporating elements of the dances in the videos into their own meticulously choreographed dances.

The K-Pop Dance Club’s love of music and dance are the reasons for its creation. These shared passions between its members forge the bonds that each and every one has with one another. Dancing in sync to music that the club as a whole loves is what this club is all about.