A Project for Better Journalism chapter
The Breeze
SENIORS! Your senior portraits are due soon. Check out our Flow Page for more information on all things Yearbook!  More →
Humans of our School, Student Life

Humans of our School: Ella and Dana 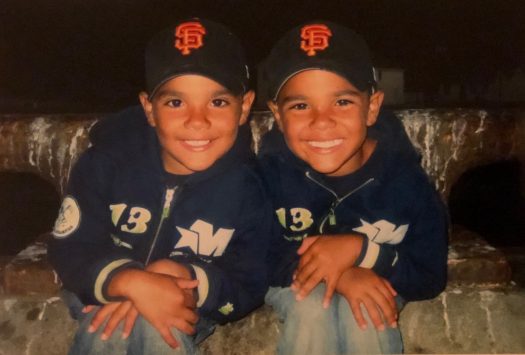 I feel like most people have seen these two students around school once in their high school life and may have had a question or two. The two people who I am talking about are Ella and Dana Rodriguez, both seniors here at Santa Maria high school. They are twins and they are transgender. Now, you may be wondering at this moment what does being transgender mean? Transgender means that a person has a gender identity or a gender expression that is different from the gender that they were assigned at birth. For as long as I have known Ella and Dana, they have always struggled with themselves and not feeling right; they were acting as someone else that they knew wasn’t them. They have a very supportive family that loves them and cares for them and wants them to feel happy and safe in their bodies. When talking to them they have told me, “When I finally came to terms with myself I realized that this is really me and I never knew that my life would be so different and that people would react in either a negative or positive way they either support or don’t.” Many people have judged them in our school’s society and have not accepted the fact that being different is okay. I asked them if there has been a teacher that has really helped them and made them feel comfortable with their troubles that they first faced, and they said, “A teacher that has really helped me during my transitioning is Mrs. Goldin. She has helped make sure that I have everything that I need if there was any discrimination towards me around the school, and she would make sure that it was fixed and that the problem was solved. She made sure I had the same privileges as every other student here.” They had some problems with teachers not wanting to call them by the name that they have identified with and that they have now gotten legally changed. Even staff around the school have ignored the problems they are facing. They have always known who they really are but they never knew how to really express it. If you saw them freshman year to now you may have noticed a big change in them they are on the road to finding themselves and are not quite there yet, but they are becoming more in control and comfortable and being able to do the journey together. “…has brought them closer as sisters and has created an even stronger bond that no one could ever break.” They both know that they may never achieve that satisfaction of being themselves fully but the people around them have really helped them and made them feel loved and they know in the end they would never go back or change any of it.