A Project for Better Journalism chapter
The Breeze
SENIORS! Your senior portraits are due soon. Check out our Flow Page for more information on all things Yearbook!  More →
Humans of our School, Sports, Student Life 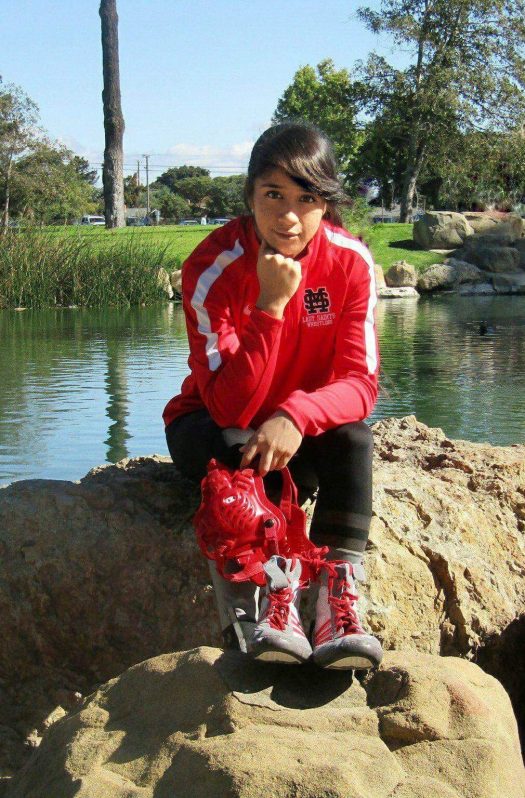 Jennifer Ballesteros is known to be one of the school’s best female wrestlers. She has explained that she joined this sport because it pushed her to show what she can actually accomplish. Wrestling has helped Jennifer to be more of a leader and help her guide people in the direction of success. She has been in wrestling for three years straight. Jennifer’s best memory was going from not placing in any tournament to being one match away from getting the championship belt at La Puente High School.

Jennifer does not do any sport other than wrestling. She wrestled in the weight class of 116lb. She plans on later joining a college and continuing her wrestling career. Jennifer Ballesteros has taken all the league patches and has placed top two in her last CIF. This senior at Santa Maria high school has placed in every tournament she’s been to. You can find her in the tournaments pinning someone or just simply looking at her singlet, number eleven.

Jennifer Ballesteros has been the captain of the Santa Maria’s girls wrestling team for two years now. She has earned the varsity letter all three years she has been wrestling. When asked about her goal Jennifer said, “I was injured for two years, so I plan on making to masters without any injuries.”

Jennifer wants to go back and coach the wrestling program after she finishes college, mostly representing a side job or a hobby. She plans on going to Menlo college, she has decided to study business there.

Jennifer’s role model is her mother, Esperansa. She has shown Jennifer even if you start with nothing you can build something great out of it. The person who taught Jennifer how to wrestle was her coach Jose Torres. Jennifer has explained that wrestling has brought her family closer together because her mother goes out and supports her. She also does the sport alongside me, her sister Brenda Ballesteros. “Work hard enough to find your limits, and then break them”, this quote was repeated in Jennifer’s mind all this time she was wrestling; now she wants to share it with everyone.