A Project for Better Journalism chapter
The Breeze
Welcome back, Saints! Let's make this an amazing year!
Feature, News

The New Generation of STEM Enthusiasts 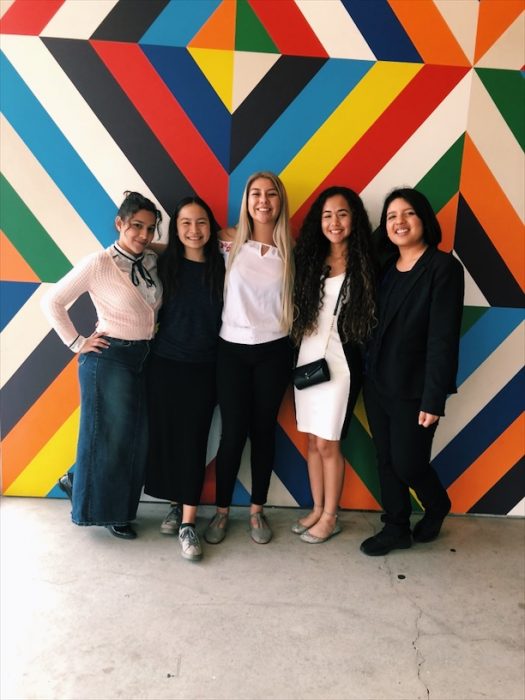 ▲
Isabella Blanco, pictured far right, with the other STEM enthusiasts.

▲
Isabella Blanco, pictured far right, with the other STEM enthusiasts.

The field of science is a powerful tool that has the ability to unlock the secrets of the universe, and has done so for centuries.  Each year science ushers in new waves of technology and innovation that we become accustomed to.  Students are perhaps the best young minds to attempt and grow in the STEM field.  Riccardo Magni, a science teacher at Pioneer Valley High School, has created a program that is tailored especially for young minds of science: the Summer Science Institute.  Each year, Mr. Magni searches for students from Pioneer Valley, Santa Maria High, and Righetti to participate in his six-week summer program.  Eight participants get the unique opportunity to create their very own science project, and use the tools and strategies that real scientists use in their own experiments.  It is a perfect opportunity for students to delve deeper into the wonders of science and find a passion of their own.  On March 9th, the students selected over the summer of 2017 presented their projects at the Santa Barbara Science Fair. Opportunities like this don’t come around too often, and, for two students in particular, the experience was an unforgettable one.

Each year that Mr. Magni has led the Summer Science Institute, he has seen great success, not only with the vast variety of projects he sees, but also with having at least one student win an award of some type at the science fair.  Entering the summer of 2017, Isabella Blanco, one of the eight participants, looked to keep that streak going.  “I really had no idea of what project I wanted to do,” Isabella explained.  “It was the first week of the program [when] I found out what I wanted to do.  I was doing research when I saw an article about the Big Sur mudslides; I was curious about the term ‘soil erosion.’  The more I looked into it, the more I realized I had to do a project on this.”  Isabella continued to work diligently, finding out every piece of information possible to begin formatting her research into various documents, keeping track of the progression of each day.  She detailed the work on her project, saying, “I had the opportunity to analyze my own data… This type of in-depth work you can’t find at school, which is why I loved learning about it.  In the end, my project came out to be ‘A Study of the Effectiveness of Commercially Available Soil Erosion Control Products.’”  The project she created tested which items that reduced soil erosion were the best in maintaining soil.  Much of her time in the program consisted of constant testing and analyzation, meticulous record keeping, and the creation of the board she would use to present her findings.  Once the summer is over, students still have the opportunity to perfect their boards and gather data.  Mr. Magni also gathers his students as the time to the fair draws closer to put them through practice interviews, with other judges to simulate the experience students will eventually face.  Once March 9th was here, Isabella stepped up to the challenge.  “It was an absolutely exhilarating experience,” she remarked.  “Presenting my project to the judges felt like explaining my passions to one of my friends.  It was my favorite part of the day.”  Most students feel extremely nervous and anxious during judging time, and, while the butterflies may have run wild in Isabella, she maintained her confident stature and embraced the moment she was given.  The butterflies were more apparent during the awards ceremony, as she explained, “When it came time to awards, I was a ball of nerves.  I could not sit still.  It wasn’t until I heard my name called that I could wrap my head around what I won!”  Her project was recognized as the best entry in the competition, making her the first Santa Maria High School student ever to win such an honor, as well as the first woman to win this honor in Mr. Magni’s program.  In April, Isabella will be moving on to the California Science Fair to compete against one-thousand other projects chosen from around the state.  Isabella mentioned that she hopes her award serves as an acknowledgment of the gifted students Santa Maria High School can, and will continue to, produce.  Her success speaks volumes for others looking to make waves in the field of STEM, especially other women, as Isabella spoke passionately about the importance of including more women into this field, saying, “I hope that my success with the science fair can show other women of color that we have just as much of a place in the STEM field and that we deserve to have our work shown.  This represents all the hard work of strong and empowered women who have come before me and have paved the way for STEM.”

Another participant, Jennifer Hernandez, had the opportunity to participate twice in back-to-back years in the Summer Science Institute.  “Being a part of the Summer Science Institute for two years in a row, I have discovered much about myself, personally and academically,” Jennifer said.  “Both years, I created a science fair project on particulate matter – a type of air pollutant.”  Jennifer’s experience included measuring the air quality around her neighborhood, and any other areas she could test effectively.  After hours of collecting data, she would format all her findings using various tools and resources.  By the end of it all, Jennifer had an award-winning project, as she explained, “During my first year, I won second place in my division… which earned me the right to advance to the California State Science Fair.”  This was Jennifer’s first experience at such an event, and it was her time to shine.  Once her day of interviews had come to an end, she had more accolades to add to her resume.  “I won an honorable mention in the Environmental Science Division as well as a special award for the best air quality project in the state.”  Going into her second year, Jennifer had much more experience and a greater idea of how to build upon her finding of the previous year.  She had incredible opportunities along the way, such as speaking to the head of the Santa Barbara Air Pollution Control District, and gaining knowledge from the director of the South Coast Air Quality Monitoring District.  Although Jennifer was unable to present her final project in this year’s science fair, she still gained an immense amount of personal growth, and realized her great passion for the field of science.  As Isabella prepares for the state science fair, much like Jennifer did, she now has someone with the knowledge and experience it takes to do well.  These two women, and all the other participants, exemplify just how far science can go, and where the field of STEM can lead the youth of our future.