A Project for Better Journalism chapter
The Breeze
SENIORS! Your senior portraits are due soon. Check out our Flow Page for more information on all things Yearbook!  More →
Feature, Humans of our School, Student Life 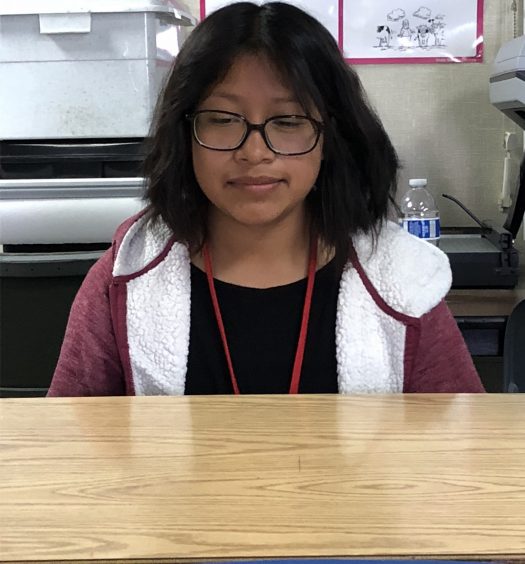 ▲
Lourdes Ramirez, one of many Dreamers hopeful for the future.

▲
Lourdes Ramirez, one of many Dreamers hopeful for the future.

The United States of America is often regarded as a place where people can chase their dreams, whether that’s being able to provide for a family or create a better future; the possibilities are seemingly endless.  In recent times, this idea has not always held true, especially for young immigrants who arrived in America as children, with no way to obtain legal status.  For many, the Deferred Action for Childhood Arrivals, otherwise known as the DACA program, was a saving grace.  Established in 2012 by the Obama administration, this program allowed immigrants who had arrived in the United States as children the opportunity to escape deportation and become eligible for work permits to find jobs.  This program helped millions of people, and families finally had the security they searched for.  Since 2017, the DACA program has been in limbo, with its status up in the air.  Even so, its effects are long-lasting, as families hold on to any inch of hope they still have.  For Lourdes Ramirez, a senior at Santa Maria High School, her experience with the DACA program gave her family the necessary tools to create a brighter tomorrow.  She is only one example of how many people around the world are fighting to keep the dream alive.

Lourdes Ramirez began her journey in Mexico, living there only eight months before she and her family made the move to America.  She talked about her parents and their time in Mexico, saying, “My mom used to live in Mexico… When I was born… she ran away to the United States.  I got here when I was eight months.  [My mom] never talked about it, but when people came over, she would always talk about her past, and that’s how I know everything.”  Although the path to the United States was no cakewalk, Lourdes and her family managed to make a living in their new home.  But Lourdes would call many places home, as she explained having to move frequently, especially during her schooling, saying, “We had to move a lot.  I went to five different elementary schools.  I realized that because I moved a lot, I was behind in English, math, everything.  I didn’t talk [much]… so I was placed in Special Education.  Once I got comfortable and started talking more, [the school] realized they had made an error, so they put me in regular classes. I remember in fourth grade there was ELA… I started reading more.  Sixth grade was when I finally caught up to everyone, I even passed some people in reading levels. At the end of sixth grade, I moved again.” Lourdes had taught herself how to read effectively, since family at home couldn’t offer great amounts of help.  Even with having to move frequently and being held back, she managed to persevere through it all and find herself emerging into the bright student she was capable of becoming.  Word of her status had never reached the public education system, largely because, as Lourdes described it, “I didn’t talk about [my status] because I was embarrassed of it.”  Many other young students may find themselves in her shoes, at one point being afraid to talk about where she had come from.  Her high school education helped her break that fear, as she says the Chicano/Latino Studies course helped her appreciate her background.  Lourdes described the class, saying, “When I took Chicano/Latino Studies, it showed me [how] not to be embarrassed of my ethnic group. Things got better for them because people stood up for themselves, and that’s why we had DACA.”  Her newfound confidence helped her see the bigger picture behind her own past.  She watched her own family receive benefits from DACA as they continued to establish a living in the United States.  She described the benefits of the program, saying, “It helped my brother get a job, so he wouldn’t have to work in the fields anymore.  [DACA] really keeps us together.  It’s really our financial support system.” Her older siblings found greater jobs that helped them support her family and give them greater opportunities.  The DACA program has opened up doors for her family that before were not even in existence.  Lourdes has faced the greatest challenge and has still managed to come out on top.

Moving forward, the future certainly seems bright for Lourdes Ramirez.  A young girl who once had limitations placed upon her now has the world at her fingertips, showing she can make the most out of any experience.  As she continues her journey through life, her status as a dreamer will carry a different meaning.  She is a dreamer: someone who is hopeful for the future, and has big dreams only she can accomplish.  Lourdes wouldn’t have it any other way.