A Project for Better Journalism chapter
The Breeze
Welcome back, Saints! Let's make this an amazing year!
Humans of our School, Student Life

Humans Of Our School: Breaking Stereotypes 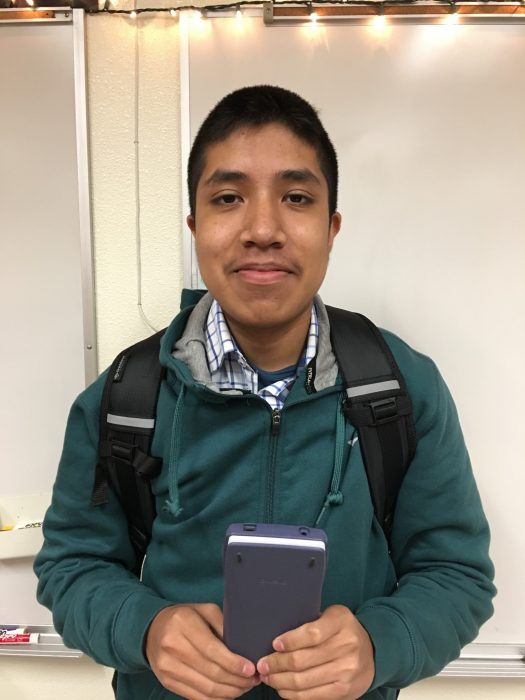 It’s undeniable. Our school is filled with many interesting people. All of which each exhibit characteristics exclusive to them themselves. There are people who love to party and chat ‘til the ends of earth, and then there are those who prefer to congregate for weekly study sessions. Gerardo Ceballos, an eleventh grader in our school, is on that studious end of the spectrum. Although, at first glance, one would not expect people of the studious variety to  have a hidden talent or even out rightly say, “I like to kill zombies.” Gerardo is there to break that stereotype, the one called the nerd.

Of course, being studious and all does not have to mean that a person cannot love sports, does it?  Gerardo’s knack for the world-wide popular sport of basketball was something that he’s always considered as a talent. However, he was not one to show off his skills on the court so readily; his focus was directed towards his love of mathematics and, this year, physics. When asked of where he’s gotten his dexterity and skill in playing basketball, he replied, “I would always play basketball when I was a small kid,” reminiscing on the times that he would dribble the ball through his dad’s legs and make a slam dunk on the mini hoop. He goes on to say, “Basketball was one of the things that I enjoyed a lot. But academics and school gradually took hold of my schedule, and eventually, my time to play.” Gerardo’s love of basketball never faltered, though, and if asked to a game of b-ball, he would gladly accept.

In addition to his love of basketball is his love “[to kill] zombies.” Gerardo is not only a skilled athlete, but also a skilled gamer. He says that he likes to pass the time by playing First Person Shooter (FPS) games from the Call of Duty (COD) franchise whenever he’s finished with his homework. He especially likes the zombie game mode of the latest installment of COD: Call of Duty World War II. However, his gaming expertise is not limited to that of FPSs. He also enjoys fighting games like the relatively new Injustice 2 or Mortal Kombat X.

Given Gerardo’s love of mathematics, one can only wonder the reasons as to why he loves math. He says that he does not really know the reason why he likes math, just that he enjoys doing it. When asked of what his biggest milestone is, he replied that he wants “to fundamentally derive Algebraic Geometry,” a branch of mathematics which studies the zeros of multivariate polynomials as described by Wikipedia. He comments on his path to this goal, saying, “It will take some time to get there. But with the passion I have, I know I can get there.”

Gerardo definitely is a student who’s displayed a wide variety of characteristics different from that of a nerd. He’s shown clearly his skill in both basketball and gaming, as well as his love for mathematics. This just goes to show that you should never judge a book by its cover.