The Rights of LGBTQ Students 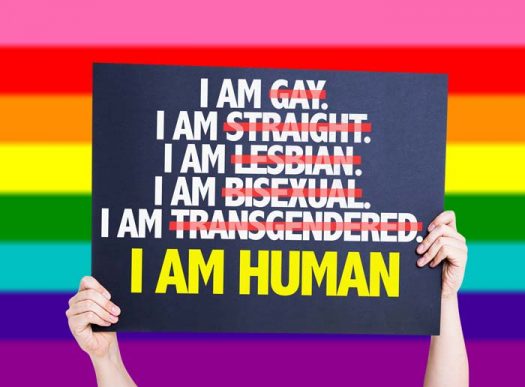 I feel like our school isn’t aware of LGBTQ students and the rights they have. There isn’t just straight or gay; you can be whoever you want, and us as students and staff shouldn’t judge the people that identify within the LGBTQ community. They shouldn’t feel like it is shameful when someone asks them and is shocked or asks why. I was able to go to a meeting at the Santa Maria Joint Union High School District Office about the rights of LGBTQ students with two speakers Adrian Martinez and Amanda Goad. They were very informational about the topic and you could tell by the way they spoke about the issues that they were very passionate about the subject.

The main subjects that they covered were the rights of the LGBTQ, and how you could show support and be an advocate. People at the meeting ranged from students to teachers, and parents. The first key point they made was that our society works by knowing that there are only two genders: female and male. As the meeting went on we did an activity where we had to write down struggles that you have faced or any hardships. One very moving response was from a mom of a LGBTQ student. She described how her son was bullied badly by his classmates, and how they would say awful things about him. It got so bad one day they threw him into a trash can. When the son told the mother, she tried so hard to go to the principal and even to the district but the students who had participated in the bullying did not face any corrective discipline.

Many other points were brought up, but these were the ones that stood out to me. People need to be more aware of the rights and the laws against bullying in public schools. Students should not be afraid to reach out to school administrators and friends. Everyone has rights, we just have to make sure we fight for them.