What We Learned from Homecoming: Why You Should Go to Prom 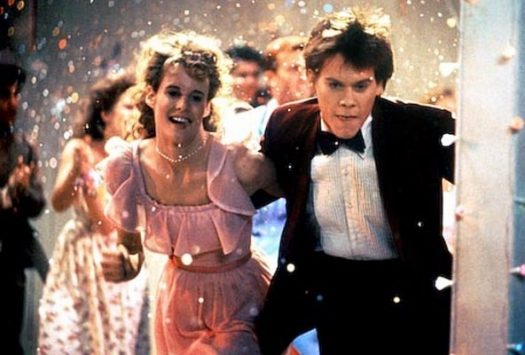 Prom is just a part of high school. For some it’s a necessity to prepare for months in advance: the perfectly planned way to ask their date, the perfect dress attire, right down to color coordination, and plenty of pictures so the night is not ever forgotten. You know, all that scrapbook jazz. And why shouldn’t it be?

In our culture prom is made out to be a big deal. Think of some of the most iconic high school movies. Mean Girls, Ten Things I Hate About You, and the High School Musical franchise all have the common factor of the stereotypical American prom. Our culture pushes the importance of the night as one of the greatest in a teenager’s life. Or at least one of the most memorable.

For our school’s Homecoming this year the entire night was planned by ASB. From the DJ to the Back to the 2000’s theme decorations, the settings for what would hopefully be fond high school nostalgia would be made, was built on the floor of the cafeteria.

Still. Not every high schooler really thinks it’s such a momentous moment. Only one of the authors of this article actually went to homecoming. The reason for the other not attending was simple. It seemed like a lot of pressure and a lot of fuss over a maybe half a night sweating in an outfit that might have taken hours to procure. A bonfire with friends sounded more fun and much less…effortful. And less costly if we really want to be frank here.

Some of us just don’t like to buy into the whole high school buzz and bustle, whether it be from a healthy dose of tenacity in the blood or a little bit of slothfulness in the limbs. Some people just like to be more involved with school related events than others. We accept that fact and to those who this description may apply, we have a few thoughts on things to consider.

Don’t do something you don’t want to do first of all. We aren’t saying to hire someone to lead you at gunpoint to your senior prom and we aren’t trying to pressure anyone into a situation that would make them uncomfortable. What we are saying is the person being most left out by not attending school functions such as prom is you. If school functions aren’t your thing, make it your thing. If you don’t like this type of school event, the likelihood of you not liking school in general is greater. Shouldn’t that make it all the more important for you to create a space, even if only twice out of the school year, where you can have fun with friends and just be yourself?

Yeah, yeah we understand that you probably have plenty of fun a non-school affiliated parties. You know what’s great, though? Being able to share experiences. We know a person who has never watched the Lion King. I know, right? Just like joining in on the conversation of Disney conspiracy theories, don’t you want to be able to say you at least tried to enjoy yourself at prom? Senior year only comes once. Make it yours. Make it chock full of all your memories and experiences. If we all try to do that, than the experience gets better for everyone. Now on making prom something you can actually enjoy…

People like to complain, and sometimes there is warrant for these complaints. For instance, many people would agree that at this year’s homecoming, the music held back a lot of people. This was meant to be an outstanding night for everyone, yet the music wasn’t arranged as well as we thought. If you did not attend homecoming but overhear this type of less than enthusiastic feedback from the night, you might be inclined to opt out of prom as well. What you have to understand, however is that as a student this is your night,

You should have a say in what goes down at homecoming and prom. You do in fact. Make you voice heard, push for a possible compromise with ASB. They just might and open to new ideas for the dances. Working together and combining ideas could drastically improve school dances.

Someone sent a quote into us that I think it applies nicely to this situation. “Go to your all senior events… he’s going to break up with you a year after graduation anyway.” While mostly to the effect of jaded humor, there is a bit of wisdom here. Don’t let anyone hold you back from making something out of your last year of high school. Even if that person is yourself.

Maybe you missed homecoming, too. Hey, there’s always prom, right? Let’s make it a good one.