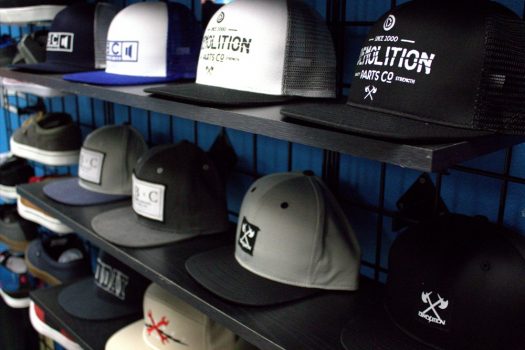 ▲
Random picture of hats which should all be permitted
Gonracin BMX

▲
Random picture of hats which should all be permitted
Gonracin BMX

Have you ever had a bad hair day, wanted to keep the sun out of your eyes on a hot day, or just thought your outfit could use a little something? These are the times where hats have been there for guys, girls, and anything else people identify as these days. From bald people to those with long flowing hair, hats of all sorts are liked by many including students. Unfortunately, these articles of clothing are in violation of our SMHS dress code. I for one strongly believe this rule needs to be altered or at the least, exceptions should be made, and I’m not just saying that because of all the times I’ve gotten hats confiscated since freshman year. From harmless designs to your favorite sports teams, there is a wide variety of hats that should be permitted on campus.

Now like any school that doesn’t have their students wear uniforms, choice of outfits are one of the many forms of self-expression. I’m sure our staff has noticed that, so when they chose to ban hats they chose to offer us an alternative to our diverse and fashionable selections of headwear, buying Santa Maria High Saints hats, which are, to put it respectfully, bland, and restrict us from feeling what our hats made us feel in the first place. What puzzles me is, if the school truly wanted to make hats prohibited, why did make the one “alternative” a choice that just so happens to profit the school? The world may never know, but what we do know is that visors and beanies are permitted but hats are not to prevent clothing similar to gang attire, yet PLAIN hats are restricted as well, how could a hat that displays no symbol, text, or sports team be gang related? Arguably a gang member could be caught wearing any article of clothing you could think of, but hats were banned instead of huge oversized jerseys, sagging pro club shorts, and uncovered tattoos which are all school appropriate apparently. I completely understand that in this city some baseball hats mean more than just the baseball team they represent, but is the fact that a finite number of hats have a negative connotation enough to ban the entire article of clothing?

I was doing my homework on campus AFTER school was long over, and I was wearing my hat with the number 3 on it, when a security guard pulled up in a cart and told me, “if you’re going to be wearing that you have to go off campus,” while wearing a hat herself. You may be thinking, “that’s different; she’s security; she can wear a security hat.” True, only she was wearing a Michael Jordan hat, which  I still don’t know why such a hat would be more school appropriate than my hat with nothing but the number 3 on it that represents a Christian rapper. During one of the many times I’ve gotten my hat taken away in sophomore year, our principal was alongside the person taking it, when it was taken, I heard them saying things like, “That’s a nice hat. I hate to keep taking it from you. Trust me; I’d love to wear my Dodgers hat if I could.” With that in mind, what hat lover wouldn’t propose exceptions be made to the rule?

Hopefully those reading this agreeing with what I’ve said stand with me, and are tired of having to keep their hats crumpled up into a backpack until after school, which apparently isn’t a time we can wear them either anymore. For the most part, I’m grateful that our staff is pretty lenient, but I won’t be convinced that other things going on at our school aren’t more important to prevent than kids wearing hats with pineapples on them. All in all, hopefully, this rule is altered so that our students can rest assured that when visitors look at our campus they know SMH doesn’t stand for “shaking my head” or “snatching my hats.”